The Epson LS10500 laser projector is ready for prime time in your theater. Replacing the older LS10000 – one of the first 1080p projectors that could accept 4K content- the LS10500 adds one major capability – HDR support.

That’s on top of all the capabilities that were new to the older Epson laser projector which  was a breakthrough for Epson on several levels:  4K processing and viewing of 4K content, dual laser light source, and quartz reflective panels.  That said, what counts most, is the picture, and the value proposition.

Update.  We have, of course, posted our calibration settings, but please be aware, there has been a firmware update since these were done. As a result, the only real change is in how the Auto (HDR/SDR) works, and the brightness of HDR 1 and HDR Auto 1.   For more on what impact that has, it has been discussed in the Epson 5040UB/6040UB review, which got the same feature upgrade, and we have a video posted on our site.

The Pro Cinema LS10500 is a 1500 lumen projector designed for best operation in a dedicated home theater.

This projector review is based on a full production LS10500.  As a member of Epson’s Pro Cinema series, there are  a few extras thrown in for the price.   It comes with some extras in the box, as well as a great 3 year parts and labor warranty with 3 years of rapid replacement program.   That’s pretty much the best warranty out there anywhere near its price.  Like all the Pro Cinema projectors, it will not be available for online purchase, rather sold through local authorized Epson Pro Cinema dealers. BTW:  So you understand how it works, just because some US dealer sells Epson printers, doesn’t give them access to the projectors.

There is one other laser projector in the LS line-up, that’s the LS9600e which launched the same time as the older LS10000.  There was no need on Epson’s part to upgrade that $6000 laser projector.  It’s primary difference is that the LS9600e doesn’t support 4K, so the one big change to the L10500 – the adding of HDR support, wouldn’t be relevant to a projector that can’t accept any 4K.  If you don’t care about 4K and want to save money, check out our review of the 9600e. 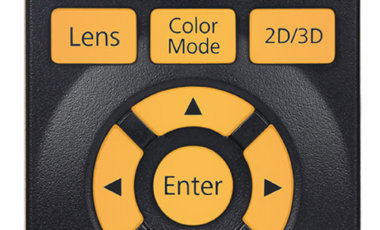 The images above were all taken with content projected by the LS10500.  The first three and last two images are from 4K HDR content, the rest from 1080 or 720 resolution content.  Of course, as with our other photo shoots of projected content,  there’s no way these highly compressed images (and your display)  can really give you a great idea of how good the actual projected image appears when in the room!

So far, the LS10500 is the only laser projector shipping, under $24,995K (I think) that has the ability to accept 4K content and HDR.  That “exclusivity” will end in the next 12 months, I guarantee it!

I’m giving the Pro Cinema LS10500 one of our hot product awards.  It deserves it.  The picture is stunning, the 4K capabilities excellent, and it’s a laser projector!    There are only a couple/three (at this time) serious competitors under $10K, and while they all have trade-offs, the LS10500 is able to do serious battle with all of them, but more on that later.   The LS10500 will also be competing, later this year, in our 2017 Best Home Theater Projectors report.  I should mention that previously, the older LS10000 won two awards in our annual report.  Best In Class awards in the  Projectors $3500 – $10,000, and for 4K and Blu-ray UHD Capable Projectors.

A few more things:  This Epson has a superior 2.1:1 zoom lens than we’ve been used to on all the older UB projectors.  Add to that, all motorized lens functions, and Epson is able to offer Lens Memory, which in turn makes it practical for movie lovers to go “wide screen” with a wider Cinemascope shaped screen instead of a typical 16:9 HDTV shaped screen.  My primary screen is a widescreen.  At the touch of a button I can resize the image depending on it’s aspect ratio, so that I have the largest possible projection area for that image.

Some quick background on 4K.  This Epson supports 4K content from sources including Blu-ray UHD and cable.  But this is still a 1080p projector.  But it uses a technology called pixel shifting.  (FYI:  JVC and Epson were the first two companies to introduce pixel shifting to home projectors, but were now seeing a lot of pixel shifting DLP projectors being announced and starting to ship.)

Don’t get me wrong, pixel shifting 4K content isn’t going to do the same job as a true 4K projector, where the size of each individual pixel is 1/4th that of 1080p pixels.  Still, a 1080p pixel shifter  just might fool you on a lot of content, especially if you aren’t paying close attention.  Remember the projector is a means to an end.  You want to be watching the content, not analyzing the projector while watching it!.

The LS10500, like it’s predecessor happens to be one cool, “Euro” looking projector.   Physically its a bit taller than the competing JVCs and Sonys, but has a smaller footprint.

I should mention now that as a Pro Cinema series, it comes with these extras in the box:  Ceiling mount, cable cover, two pair of lightweight, rechargeable 3D glasses, and a cable cover for the back for a clean, neat installation. Of course, this is a laser projector so there’s no free spare lamp, which comes with each lamp based Pro Cinema model..

Let’s talk resolution for just a second.  This Epson projector is using these same liquid crystal on quartz (they call them 3LCD Reflective) panels.  As I mentioned in an earlier blog, that’s sort of fitting since Epson’s watch division – Seiko pioneered quartz watch movements.

While the LS10500 does upscale and offer processing at 4K, ultimately, it must downscale back to the panels which are 1080p.  4K processing, but not true 4K.  That’s cool though, considering that in the US, the lowest cost true 4K projector is $9,999, Sony’s VPL-VW365ES (although that price is expected to drop soon).  While perceived sharpness is excellent, the Epson still can’t do  detail as finely as a true 4K solution.  Still, one could say the picture’s sharpness gets closer to true 4K, than it is to un-enhanced 1080p!

So, who’s the competition?  The most obvious competitors though are the two top of the line JVC’s, listing for $6995 and $9,995 (same basic projector, the expensive one gets hand selected components).  If the entry level true 4K Sony comes down from $9995, to $7995, it will be priced the same as the Epson, but of course lacks a laser light engine, which don’t appear in Sony 4K projectors until $25K!   The two JVC’s also use pixel shifting (JVC calls theirs “e-shift4”)  Pixel shifting is, of course also what this Epson is doing.  Certainly, Runco and perhaps SIM2 offer projectors that compete price wise, but those are much higher end brands, their projectors in the under $15,000 range are relatively basic projectors, so won’t be sporting any sort of 4K processing, etc.  Just starting to ship now are several 4K DLP projectors – like the Epson, not true 4K, but slightly smaller pixels as those DLPs will have native resolution half way between 1080 and 4K.

OK, let’s get into some details!  Special Features time…

We have posted our Epson LS10500 Projector At A Glance video, which is an overview of the projector’s features and some images of the projector in action, with a few comments. This is not summary of this full in-depth review.